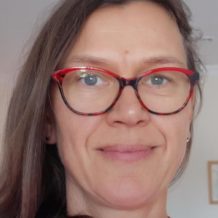 I have been in the brewing industry for over 25 year, working both in R&D and production, prominently focusing on beer but more recently expanding into spirits. I started my career with SA Breweries in R&D in South Africa. After obtaining my PhD I moved to production in Alrode brewery and went on to obtain my IBD Dip. I joined the technical team based in Switzerland to support the network of breweries across Europe. From there I became Brewing Manager in Grolsch Brewery in the Netherlands. In 2015, I joined Diageo and moved across to Dublin, as Head of Science; moving back into R&D while providing technical support to all the Diageo brewing operations across Ireland and Africa. In October 2021, I moved into a new role- with a stronger R&D focus and a much wider scope- covering all Diageo categories, besides beer that includes Scotch, Tequila and other distilled spirits. This includes technical support for process improvement, capacity release and future focus to achieve the 2030 sustainability goals. Since 2015 I have been part of the EBC Exec team and last year I also became an IBD Trustee on the board.

BACK TO LIST OF SPEAKERS
← Saerens, Sofie Lefebvre, Paul →
Skills Posted on