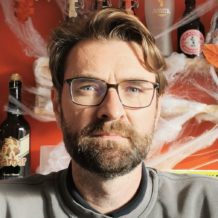 Paul Lefebvre was graduated as Industrial Engineer in Biochemistry (Master), Fermentation Section at Institut Meurice (Brussels) in 2002.  He started to work in the family brewery as production, R&D and environnemental manger.

During 10 years, he completed the range of beer proposed by the brewery with some new creations such fruity and hoppy beers while the brewery was raised at a capacity of 120 000hl/year.

Since 2012, he is the CEO and 6th generation brewer of Brasserie Lefebvre. Active in the world of beer, Paul is member of the EBC Executive Team since 2014  and the Steering Committee of the Belgian Brewers since 2018.

BACK TO LIST OF SPEAKERS
← Stelma, Sandra Brandao, Tiago →
Skills Posted on