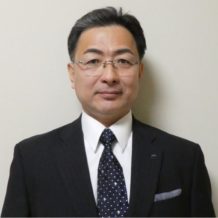 He graduated from the Department of Chemical Engineering, Kyushu University, in 1987, and joined Asahi Breweries, Ltd. His major is plant engineering and fluid dynamics. After joining Asahi Breweries, he was in charge of the design, installation, operation of the newly Brewing system. From 1994 to 1995, he was a visiting researcher at the Versuchs- und Lehranstalt für Brauerei Berlin (VLB) under Professor Dr.-ing. Karl Wackerbauer. In 1999, he presented the paper of “The development and successful operation of a sanitary yeast tank with a stirrer capable of uniform mixing without damage to the yeast” at the EBC 27th Congress (Cannes). He received his Ph.D. in this subject from the University of Tsukuba. In 2011, he was appointed General Manager of Laboratories for Sustainable Value Creations. Currently, he is in charge of Executive Advisor of AQI, which is involved in CO2 emission reduction activities for the entire Asahi Group, including this project.

BACK TO LIST OF SPEAKERS
← Zacharias, Jörg Krogerus, Kristoffer →
Skills Posted on