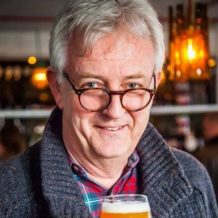 Tim Webb is one of the world’s leading beer writers, a fiercely independent, consumer-focussed chronicler of the worldwide beer revival over the last 50 years.  Since 2012 he has co-written with Canadian beer writer Stephen Beaumont three editions of The World Atlas of Beer, the successor Michael Jackson’s World Guide to Beer, thus far translated into thirteen languages.  Between 1992 and 2018 he compiled and wrote the renowned Good Beer Guide Belgium, authoring several spin-offs, including LambicLand, and editing various beer other travel books, including the Around Town in 80 Beers series and Beer in the Netherlands.  He comes from an activist background in the UK’s Campaign for Real Ale (CAMRA) and was twice in charge of the Great British Beer Festival.  He has served on the Executive the European Beer Consumers Union (EBCU.org), for whom he compiles and still curates The Beer Styles of Europe and Beyond.  He has written, spoken, consulted or advised on understanding beer throughout Europe, the Americas and in South Africa.  He has drunk beer in over 80 countries and may be the only person to have visited the world’s most northerly and most southerly breweries.

BACK TO LIST OF SPEAKERS
← Falcone, Tiago Lagemann, Annika →
Skills Posted on