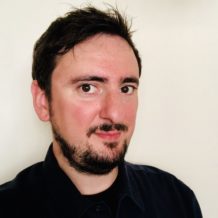 Joan Montasell is the Technical Sales Manager of Lallemand Brewing in Spain and Portugal. He previously worked as Headbrewer in a craft brewery from Norway, and later as R&D Technician at Mahou-San Miguel in Spain, carrying out craft beer-related projects. He holds a BSc in Food Science and a MSc in Food Biotechnology, but his passion for brewing led him to study in Belgium, United States and the United Kingdom, where in 2017 obtained the Diploma in Brewing at the Institute of Brewing and Distilling (IBD).

BACK TO LIST OF SPEAKERS
← Hanselman, Hugo Villavecchia Barnach-Calbó, Jorge →
Skills Posted on