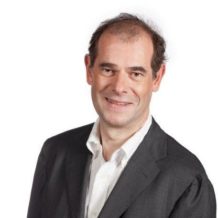 Philippe has more than 35 years of experience in the brewing industry, as a brewer, patent engineer and business development manager for leading companies such as ABinBev and Yakima Chief Hops. Since 2016, Philippe is working as Technical Manager, Brewer, for Fermentis, a business unit of Lesaffre group.

Philippe holds a Master’s degree in Malting & Brewing Science from the Catholic University of Louvain-la-Neuve, Belgium, after initially graduating as a Bio-Engineer from the same university.

Philippe started his career as a brewer in Africa. He then returned to Belgium to run the pilot facility for ABinBev, where he also worked as a patent engineer. Philippe then worked for Yakima Chief Hops as a Business Development Manager for about 7 years. Philippe joined Fermentis by Lesaffre in 2016.

BACK TO LIST OF SPEAKERS
← Thorre, Pascale Fink, Rob →
Skills Posted on