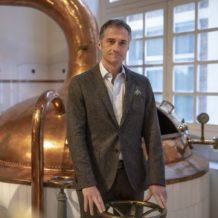 Sergio has a long track-record experience, over the last 25 years, in leading companies, mainly in the food and beverage industry. He has held different management positions in the areas of Marketing and Sales at PepsiCo Foods, where he started his career; Sara Lee, Reckitt Benckiser with responsibility at its headquarters in the United Kingdom and at Grupo Puig. In 2010, he joined the Swiss Hero Group as Managing Director Southern Europe. Since 2018, he took over the management, as Chief Commercial Officer, of the markets of Grupo Nueva Pescanova, present in more than 80 countries, as well as the areas of Marketing, R&D and Categories. Elizalde has also been a member of the Board and Vice-President for Food Policy, Nutrition and Health of the FIAB (Federation of Food and Drink Industries) and President of AME (a group of 25 leading food and beverage companies in Spain).

He holds a degree and MBA from ESADE and is graduated in Law from the University of Barcelona. In addition, he has completed a CEMS International Management master’s degree at HEC Paris and in Agri-Food Chain ADECA by San Telmo Business School in Seville.

BACK TO LIST OF SPEAKERS
← Thompson, Rupert O’Mahony, Thomas →
Skills Posted on