To barrel or not to barrel, that’s the question! it’s actually perfectly possible for a wooden barrel to act as a taste agent for beer.

Barrel-aging methods are booming around the globe, from the traditional Belgian practice in ‘oud rood/bruin’ and Gueuze beers to very creative uses by rising small brewers. Old spirits and wine barrels are being used for maturing, imperial stouts, IPAs, triples and even lagers to give them a strong identity, a unique flavour profile and a story that appeals to consumers.

This process is complex and requires expertise and knowledge to understand the different types of barrels and woods and their impact on the beer. You need to know how the barrel microbiome will interact with that of the beer and when maturation needs to be stopped to give birth to a balanced product. Our top speakers share their insights and expertise. We’ll benefit from the experience of a barrel producer, Angela, and her company’s deep knowledge of wood. Brew master Rudi has practiced barrel-ageing for years, and the session ends with Jitka who is merging the vintners’ tradition with her brewing skills and barrel-ageing. 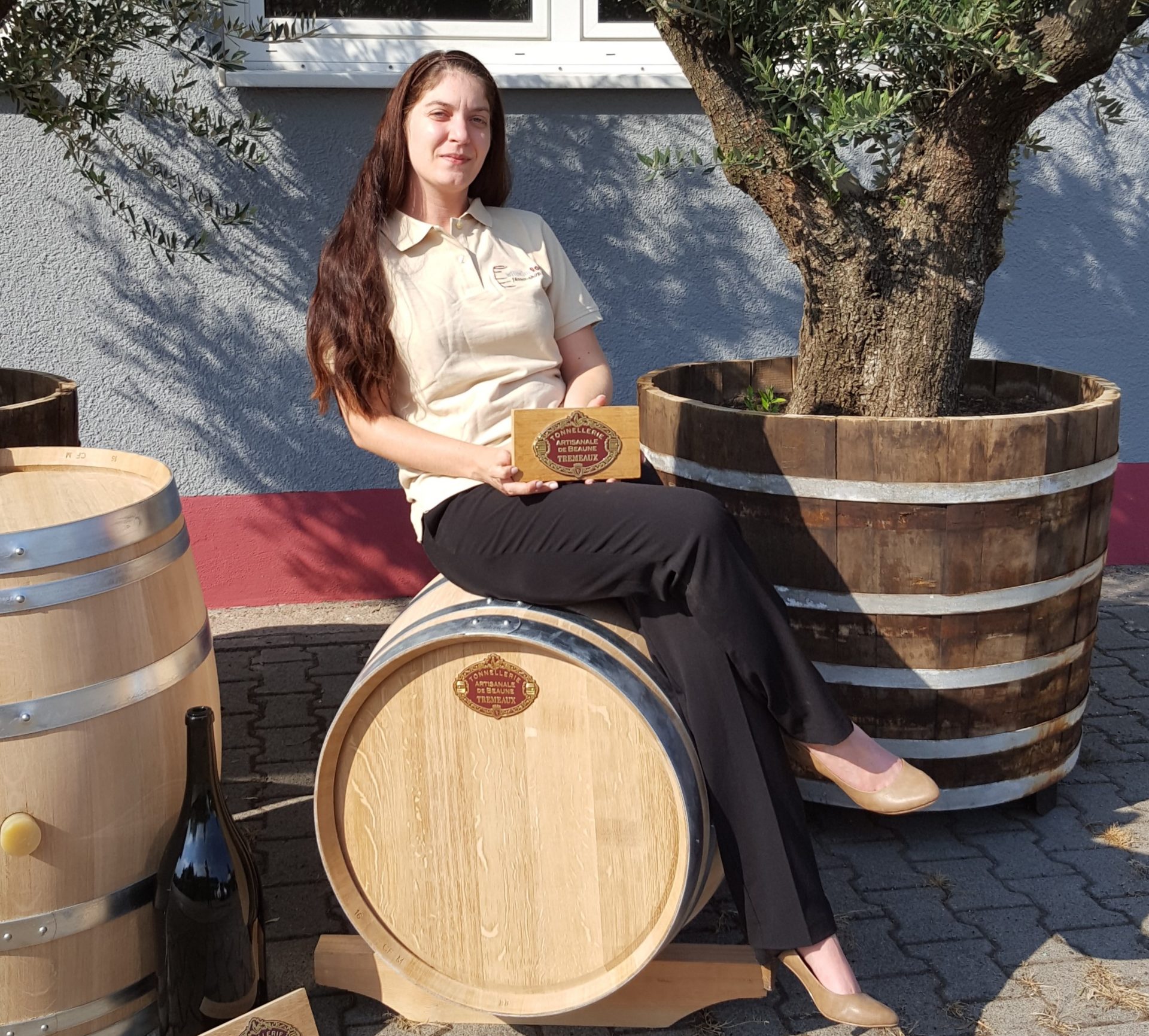 BIOGRAPHY: Angela is 35 years old and has been working for Wilhelm Eder GmbH for 10 years now. In the company, she is responsible for sales, marketing and logistics, but mainly for international customers.

TITLE OF THE PRESENTATION: Backstage on the world of barrels

PRESENTATION DESCRIPTION: Angela will introduce you to how an oak barrel is built, how is barrel aging, what are the alternatives and what are the important elements of oak barrels relating to beer and barrel ageing. 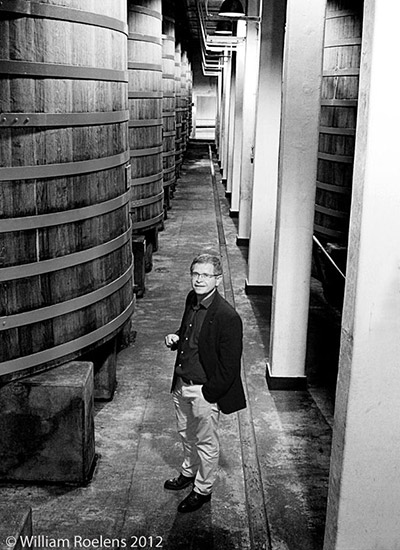 BIOGRAPHY: Born in the shadow of the historic Rodenbach Brewery in Roeselare, Belgium, Rudi Ghequire has spent the last 39 years advancing the legacy of the region’s distinctive sour beer, brewing with a combination of old-world and new-world technologies.

Rodenbach has long been the darling of beer enthusiasts with Rudi at the helm as the modern day father of sour beer. His brewing techniques are often imitated with explosive rise in popularity of sour and barrel aged beer in the U.S. Brouwerij Rodenbach has more oak aging than all of the U.S combined.

During his 12 years in residence living in the apartment above the brewery offices, Rudi immersed himself in the tradition and process of brewing Flemish brown-red beers.

His two children were born at the brewery and now his son Martin follows in his footsteps as important shareholder of Kazematten Brewery in Ypres, Belgium.

With his intimate knowledge of the history, the ingredients and the operations, Ghequire was promoted to Brewmaster in 1994 the post he holds today 27 years later and 39 years since he first came to Rodenbach.  In 1998 Palm Breweries stepped in to preserve the Belgian beer heritage that is Brewery Rodenbach which was facing an uncertain future. invest to have Rodenbach designated as a protected historical site by the Belgian Nation Trust.

Rodenbach has a long history of awards dating back to 1894 with the most prestigious one: “Medaille d’Or Paris 1900”. The Rodenbach brewery has won over hundred thirty international awards since the beginning of completion and is with this probably the most awarded brewery in history. English beer writer and journalist, Michael Jackson, who wrote several influential books on beer and whiskey called Rodenbach “The most refreshing beer in the world” and Grand Cru a “world classic” and the “Burgundy of Belgium”

Rudi went to an industrial engineer agricultural high school in Gent and got his brewing engineering degree at KUL Leuven.

Outside of the brewery, Ghequire ’s taught courses in Zythology and beer science. He is a member of several Belgian Brewer groups, chairman of the Royal Kortrijk Brewers Guild, and lectures internationally on the Belgian Beer culture.

Active in Cycling, Walking, Cross country skiing and Nordic Walking, he is also a co-organizer and promoter of various sporting, cultural and social activities in Roeselare

Rudi lives outside Roeselare with his wife, a geriatric nurse, some sheeps, cats and chickens, where he likes to garden and – believe it or not – developing home brews.

TITLE OF THE PRESENTATION: “Rodenbach, the exemplary beer history of mixed fermentation”

PRESENTATION DESCRIPTION: The presentation goes about the roots and production philosophy of mixed fermented Flemish red beers. It covers the description of tasting profiles of that style of beer and main comparisons between mixed fermentation, spontaneous fermentation and Flemish old brown beers. 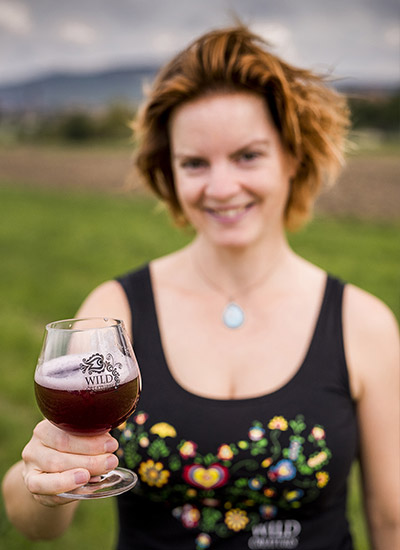 BIOGRAPHY: After a ten year career in the financial and accounting department of an international company during which she discovered homebrewing, Jitka decided to fully step in the world of brewing by funding Wild Creatures Brewery, in Mikulov, a wine-growing and making region of Czech Republic. She has built upon the vintners skill and her love for spontaneous fermentation to develop multi-awarded barrel-aged beers.

TITLE OF THE PRESENTATION: Lambic style beers among the vineyards

PRESENTATION DESCRIPTION: Jitka will present how she combines spontaneous fermentation, vintners’ skills and barrel-ageing, as well as rooting her beer with the local wine microflora as well as local fruits from the vineyards and orchards to impart specific flavor and character. 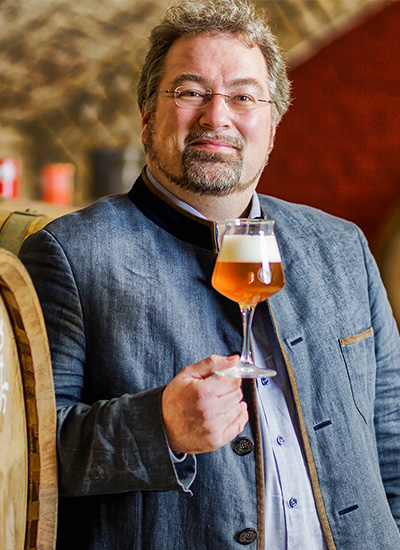 BIOGRAPHY: Markus Raupach worked as a photographer, journalist and media professional for breweries, hotels and restaurants soon after the founding of his media agency in 1998. Since 2005, 43 books have also been published by him, including brewery guides for Franconia, Bavaria, Saxony, Thuringia and Berlin. From numerous events, which he organized since 2006, the idea of a beer academy arose, which he realized in 2013 with the foundation of the German Beer Academy, for which he was awarded the “Golden Beer Idea 2015”. In 2019 he received this award again, this time for the realization of his idea of a “Walk of Beer” in Forchheim. Markus Raupach is  beer, brandy and cheese sommelier, experienced judge (i.e. World Beer Cup, European Beer Star, Brussels Beer Challenge, World Beer Awards), member of the British and the North American Guild of Beer Writers, Board member of Bierland Oberfranken and the Association of Bavarian Brandy Sommeliers. In 2017, industry representatives selected Markus Raupach as one of the 50 most important beer personalities in Germany. 2019 he became the first President of the German Beer Consumers Union (GBCU), a member Organisation of the EBCU. In 2020 he invented the first Online Beer Sommelier Training and started his Podcast „BierTalk“.