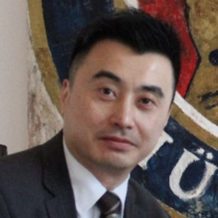 Mr. Joop Shen has worked in the liquor and beer industry for over 20 years during which he has held senior business development and management positions at top-notched multinational giants such as Jebsen Group, Moët Hennessy Diageo, Bacardi, Paulaner and most recently Golden Anker. These experiences have equipped him with extensive product knowledges, deep insights of marketing and branding initiatives, as well as strong connections within the alcohol industry across China.

Joop has a profound understanding of Belgian and German beers due to his former employments. He was the first Operations Director of China Doll, the ‘Best Club of The Year 2006’ in Beijing, the first Managing Director of Vandergeeten, a reputable Belgian food and beverage importer in China, and the first General Manager of Paulaner China, a 100% subsidiary of Paulaner Brauerei GmbH & Co. KG. Over the years, Joop has also served as a consultant to bars, private clubs, and a leading German family brewery. At present, he is the Managing Partner of Golden Anker, a joint venture of Visionary Partners, a liquor and hospitality consulting firm where he is the co-founder, and Het Anker, a leading family brewery located in Mechelen, Belgium.

In late 2019, Joop had challenged himself as the first liquor and hospitality professional who produced personal video blogs on multiple social platforms in China. His goal is to share knowledge and untold stories of the beer world with Chinese beer lovers. His video contents were highly regarded by viewers and the number of followers had rapidly exceeded 100,000 in less than 2 months.

It was another honor for Joop when he attended the Brussel Beer Challenge in 2013 as the first Asian Judge.

BACK TO LIST OF SPEAKERS
← Eiken, Jens Aho, Lasse →
Skills Posted on