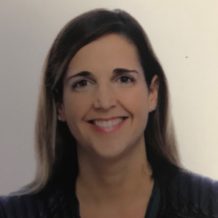 Loinaz Errezola is a professional with a 20-year career in the areas of strategy, marketing and communication both in the US and in Europe.
Graduated in Advertising and Public Relations by the University of Navarra in 2002, she began her career as a publicist in agencies such as BBDO Barcelona, Ad Hoc San Sebastian and Draft FCB Chicago, specializing in strategic planning after completing her Master’s degree at Northwestern University (Illinois, US) in 2007.
Back in Spain, she worked as Marketing Manager at Elhuyar Foundation until she joined Kendu Retail in 2010, where she worked as Director of Marketing and Strategy for seven years and as Director of Experience Design for other three.
In 2021 she founded her own marketing agency and started collaborating with Naparbier as Marketing & Sales Strategy Advisor.
Loinaz is fluent in Spanish, Basque, English and French and has been a speaker in several webinars and conferences on Marketing, Branding, Retail and New Technologies in public and private organizations and Universities.

BACK TO LIST OF SPEAKERS
← Badimon, Lina Gavhure, Mark →
Skills Posted on