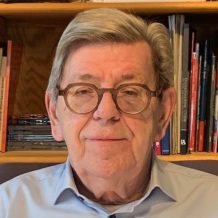 Guido Aerts obtained his Masters of Science degree in Chemistry at the University of Ghent (Belgium) in 1973 and his PhD in Biochemistry (Enzymology) at the same University in 1980.
During the period 1973-1980 he was assistant in Chemistry and Biochemistry at the Laboratory of Biochemistry, University of Ghent. In 1980 he became professor in Biochemistry and General Chemistry at the KAHO Sint-Lieven University College (Ghent). He was appointed head of the Biochemistry Department at the KAHO Sint-Lieven University College (Ghent) in 1991 and in 1997 head of the Laboratory of Enzyme, Fermentation and Brewing Technology (EFBT).
Since 2009 he was Coordinator of the Erasmus Mundus MSc course in Food Science, Technology and Nutrition.
He also was founder and organizer of the International Symposia “Trends in Brewing”, organized every two year.
In 2008 he became Professor at KU Leuven, Faculty of Engineering Technology. In 2010 he was appointed head of the Cluster of Bioengineering Technology.
His main research interests are beer quality and flavour stability, enzyme technology, hopping technology and mixed fermentation.
He is author or co-author of more than 250 papers.
Since October 2016 he is emeritus professor, but still active at KU Leuven and in his own company QiBD (Quality in Brewing and Distilling)

BACK TO LIST OF SPEAKERS
← Kergourlay, Garlonn Reuchlin, Henri →
Skills Posted on