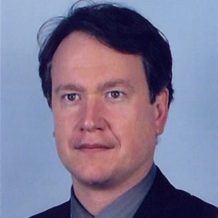 Christopher received a bachelor’s degree from the University of Texas at Austin (USA) in Biological Anthropology as well as in German History and Literature. His interest in beer first began as an undergraduate when he took up homebrewing in the late 80s. Over the next few years, he gained experience working in the burgeoning craft brewing industry and, in the late 90s, also in German breweries. Together with his wife, he attended the Technische Universität München-Weihenstephan, receiving first a degree as Diplom Braumeister and afterwards in Brewing Science and Beverage Technology (MSc). Christopher teaches International Beer Styles and Brewing Methods and Technical English for Brewers and Maltsters in Germany and The Scientific and Cultural History of Brewing in the US. He and his wife, Nancy, have authored numerous articles on beer brewing and work as freelance consultants, authors, teachers and technical translators for the brewing and beverage industry. They have also written a 400-page book in conjunction with the EBC/Brewers of Europe entitled The Beer Brewing Guide: The EBC Quality Handbook for Small Breweries. The book grew out of the knowledge they have accumulated in their studies and through their years of work in the industry, both in Europe and the US. As avid book worms with an unquenchable wanderlust, Christopher and Nancy are often in pursuit of exceptional, traditional and unusual beers and brewing techniques. They are based in Bavaria.

BACK TO LIST OF SPEAKERS
← Klemenz, Christian Saez, Cristina →
Skills Posted on