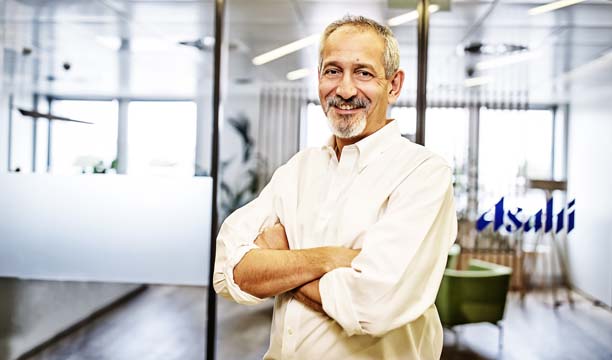 Paolo started his career in ExxonMobil in 1987, working in increasingly senior commercial and country leadership roles in the UK, France, across Africa, India and Italy for 18 years. In 2005, he joined SABMiller as Strategic Planning Director in the Birra Peroni business in Italy.

He has worked in a number of increasingly more senior and strategically important roles and has led several of SABMiller businesses in different regions (Slovakia, India, and the Czech Republic) as Managing Director. Through the transition from SABMiller, through ABInbev and into Asahi, Paolo was charged with leading the business in Central Europe. Since April 2017, he has been the CEO of Asahi Breweries Europe Group (ABEG).

In March 2020, Paolo became the CEO of Asahi International Limited. As of 1st November, Paolo Lanzarotti leads the newly created entity Asahi Europe & International (AEI). AEI runs 19 production facilities in 8 countries across Europe while developing and managing all export markets globally, outside of Japan and Oceania, covering 90 markets with over 10,000 passionate colleagues on board.