What’s Happening in the US Craft Beer Scene 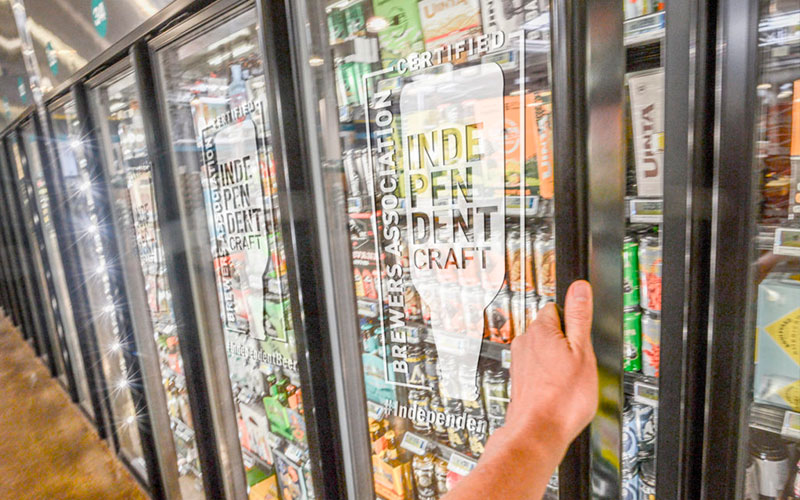 There is much to celebrate in American craft brewing as the market evolves and the brewing landscape continues to shift. Small and independent American craft breweries are finding new ways to differentiate themselves in a crowded market, they’ve become pillars of their communities, and are embracing new experiences and occasions to find ways to connect with beer lovers.

As their trade association, the Brewers Association is more excited than ever to work on their behalf to continue to promote and protect the American craft brewer, their beers, and the community of brewing enthusiasts.

American craft beer’s market share continues to grow, and its economic impact along with it, which now totals more than $76 billion. The craft brewing community is responsible for 500,000 jobs, with more than 135,000 of those directly at breweries and brewpubs.

With more than 7,400 breweries in America, up from 1,500 ten years ago, there are now more breweries in the United States than ever before. Another 2,500 are in the planning stages and expected to open in the coming years. As in any market that’s experienced this level of growth it’s not surprising to see an increase in closures (there were 200 in 2018) but openings continue to outpace closures.

Looking at the number of breweries without acknowledging just how small many of them are misses an important point. Of those 7,400+ breweries in the U.S., 84.4% of beer is made by only 0.4% of all breweries. 74% of all U.S. breweries make 1,000 barrels or less, which is about half a percent of all U.S. beer production.

Craft beer production has slowed slightly from the meteoric, double digit growth of five years ago and the last few years has displayed signs of a more mature market experiencing slower more sustainable growth figures in the low single digits.

The importance of local continues to be a key driver in the purchase decision among American beer drinkers with 67% of all adults (21+) and 71% of adults aged 21-34 citing it as a reason for purchase. Taprooms and beer tourism also continue to go from strength to strength with the 80 million craft beer drinkers visiting, on average, 4.8 breweries a year where they purchase at least two pints per visit. Draught beer is an opportunity for small and independent breweries to innovate with samples, flights, small pours, cooking with beer and more. Draught beer among small & independent brewers represents 41% of packaged production versus 10% for the overall beer category.

In the off premise, sales of cans are booming with 57% of the overall share of total beer and approximately two thirds of volume. At the current pace, craft beer in cans is likely to outsell bottles within three years.

But the industry faces a number of challenges in order to maintain growth, the biggest of which is consumer education and awareness of brewery ownership. In America, transparency of ownership is a key driver of purchase intent and in a recent survey 53% said independent ownership matters. However, there is a lack of clarity of ownership in the marketplace as global brewing companies continue to acquire former small and independent breweries and present them as craft.

Hence why, back in 2017, we introduced the Brewers Association Independent Craft Brewer Seal to minimise confusion and provide consumers with a tool to clearly identify beers from truly independent breweries. It has subsequently been adopted by more than 4,300 craft breweries. Everyone is welcome to join the conversation and can learn more at www.SupportIndependentBeer.com. 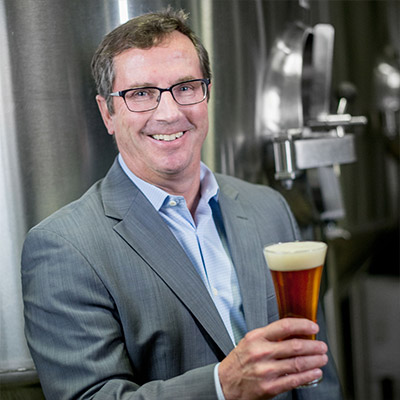 Bob Pease is President & CEO for the Brewers Association, the trade association representing small and independent American craft brewers. In his current role since 2014, he is responsible for managing the day-to-day operations of the association. Pease has a degree in Political Science from the University of Colorado. He is a member of American Society of Association Executives, a graduate of the Siebel Institute Professional Beer Tasting and Styles course and is a certified TIPS trainer. In 2015 Pease was named, “Beer Industry Person of the Year” by Brewbound and in 2018 Pease was named one of the top lobbyists in Washington, D.C. by The Hill.com.