“Cereal and souring, lactose and lager” – The State of Craft Beer in North America 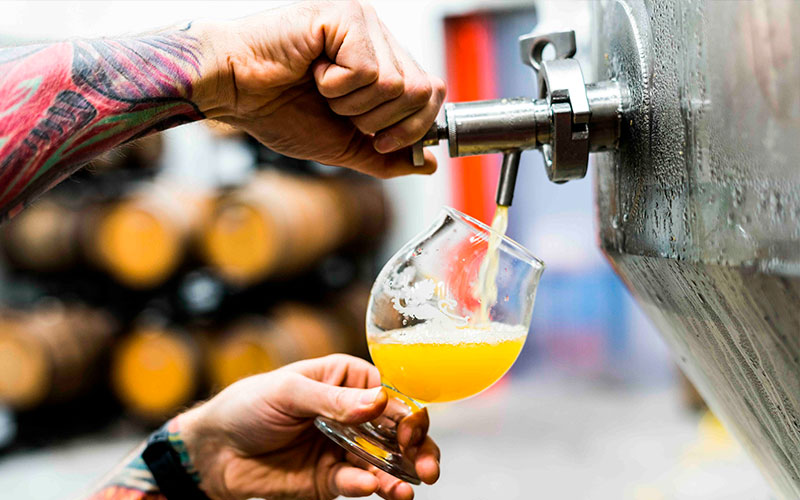 Cereal and souring, lactose and lager.

Four words that might not quite do full justice to the current state of the craft beer market in North America, but neither fall far wide of the mark. Mind you, if you only follow what beers are being written and talked about in the popular media, they’re spot on.

Cereal is the easy one, as in: “Dump a bunch of a nostalgically-rooted breakfast cereal into a beer and watch your press release go viral.” We’ve seen it with the marshmallows from Lucky Charms, the ‘crunch berries’ from Cap’n Crunch and one Colorado town’s entire supply of Count Chocula. Some people call it just plain fun, while others cite innovation and the most insightful among us simply note that it’s good marketing, as it is certain to get a brewery noticed.

Souring is a bit more involved, because while ‘sour beers’ created via kettle souring continue to find large audiences, even when the process counterintuitively pairs tart flavours and bitterness, as with the currently trendy style of ‘sour IPA,’ the same cannot be said of traditional mixed fermentation beers. On a recent visit to the gorgeous new Russian River brewery in northern California, for example, owner-brewer Vinnie Cilurzo bemoaned lagging sales for his ‘-tion’ lines of complex, barrel-aged and bacteria-affected beers such as the spontaneously-fermented Beatification and sour cherry Supplication.

Lactose is perhaps the oddest of the four, stranger even than cereal, since it ads unfermentable sugars to beers that are traditionally defined by all but their sweetness. While the practice makes some sense when employed in malt-driven beer styles like brown ale and porter, it becomes a bit baffling when applied as a technique to hop-forward beers such as IPAs, often in combination with fruit. Still, the so-called ‘milkshake IPA’ category continues going strong.

For years, any number of beer industry observers, yours truly included, have been boldly predicting that lagers would be the proverbial ‘next big thing’ in North American brewing, and now it finally seems to be a prognostication with a basis in fact. Perhaps put off by the flood of novelty beers and not-at-all-bitter IPAs, craft beer drinkers have over the past months been flocking – okay, maybe not “flocking,” but at least drawn – to pilsners, helles lagers and, to a much lesser degree, dunkels, and it is a trend that is almost certain to accelerate during the hot months of summer.

Of course, absent from the above analysis are the haze craze and IPA mania, both of which are continuing apace in North America and show little sign of abating. Spurred on by brewers who insist that “there is a lot of flavour in that haze” – a phrase I have heard countless times – and beer sellers who see the marketing benefit in calling almost anything an IPA, a new generation of drinkers are becoming convinced that hazy beer, even beer that is cloudy to the point of turbidity, is not just normal, but good, and that an IPA that lacks any sort of bitterness is not an oxymoron.

As to whether these new suppositions are genuine and long-term shifts in definition or flashes in the proverbial pan that will ultimately right themselves, well, only time will truly tell. A far safer bet is that it won’t be that long before people grow tired of seeing breakfast cereal and other decidedly non-beery ingredients in their ales and lagers.

Stephen Beaumont is a veteran beer writer and author, with thirteen books to his credit, including Will Travel for Beer, two editions of The World Atlas of Beer(with Tim Webb) and The Beer & Food Companion. He is also editor-in-chief of the Canadian edition of Original Gravity magazine, columnist for Whisky Advocatemagazine and a frequent speaker at beverage and hospitality conferences and trade shows.