Brewers of Europe Forum 2019 – a recap from Antwerp 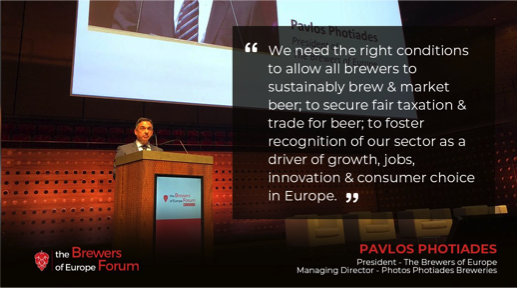 Antwerp was on 3 and 4 June this year the place to be for Europe’s brewers.

Over 1000 producers, suppliers and interested parties engaged in two days of discussions that ranged from the discovery of ancient raw materials to the most up-to-date brewing innovations.

Europe, the cradle of modern beer

The Brewers of Europe’s President Pavlos Photiades invited the Brewers Forum to celebrate the sheer diversity of Europe’s beer sector whilst stressing the need for all brewers to conduct their business under the right conditions, including fair taxation, fair trade and the recognition of beer as a driver of growth, including consumer choice.

Jean-Francois van Boxmeer reinforced this positive vision: “The beer sector in Europe has never been so alive as today” he said, adding: “Europe stands for open competition, multilateral rules based free trade and the protection of all citizens; social protection as well as food & beverage protection is advanced. This is something we can be proud of”. In his view, the recent fragmentation of politics following the European elections means that it is even more important for our sector to lead the way on commitments such as consumer information for the greater good of society, in order to be ahead of potential regulation and legislation – including on environmental issues.

Forum participants also benefited from the experience shared by multi-generational family brewers. Trumer Privatbrauerei’s Josef Sigl explained how his brewery successfully managed to take its famous original beer for such a long journey between 1601 and today! Edouard Haag of Brasserie Meteor emphasised how important social media can be to take breweries to the next level. And Jonathan Neame walked the audience through the fascinating story of another long-established family company.

Cees ’t Hart reported in detail on his company’s keenness to engage in sustainability: “The biggest thing for us now as a new challenge is how do we make it sustainable,” he said, underlining targets for cutting emissions and increasing water efficiency.

In a similar vein Paolo Lanzarotti advised: “Beyond the beer, we’re going to see innovation in the areas of pouring technology and packaging. There will be very important changes coming from that direction.” He also hinted to brewers’ efforts to improve any aspect attached to the product itself, adding: “Everyone deserves a better beer. Consumers care about taste, even when they do not want alcohol.”

The Brewers Forum discussions were extremely varied – illustrating a modern, diverse and ambitious beer value chain. Individual sessions and panels covered ambitious plans for innovative products, improved sustainability, and the promotion of responsible drinking including no & low alcohol offerings that meet consumer’s strictest taste tests. This is a fast-growing part of our sector, with many embracing the opportunities to provide consumers with low alcohol choices alongside traditional brews.

This goes to the heart of what beer has been about in the past decade – a story of traditional values being reinvented and reinvigorated for the modern era.

Consumers’ expectations at the centre

The Forum was also an opportunity for The Brewers of Europe to celebrate the brewing sector’s leadership with respect to ingredients and calorie labelling. To date, more than eight beers out of ten produced in Europe label ingredients and more than six out of ten display calorie content per 100 ml; this has not gone unnoticed by civil society: the Forum featured Mariann Skar, the director of Eurocare, Europe’s main NGO dealing with alcohol policy, who said: “Brewers have done the right thing by putting this information on the label and making it easy to see. You can be proud of your product”.

Speaking about the future, Pavlos Photiades announced that the 3rd edition of The Brewers of Europe Forum will be held next year in Europe’s capital city: a return to roots before the 4th edition, which will see the Forum travelling for the first time outside Belgium.

Judging from the hundreds of happy faces that populated this year’s meetings, The Brewers of Europe very much looks forward to welcoming participants in Forum III. Let’s meet again early June 2020! 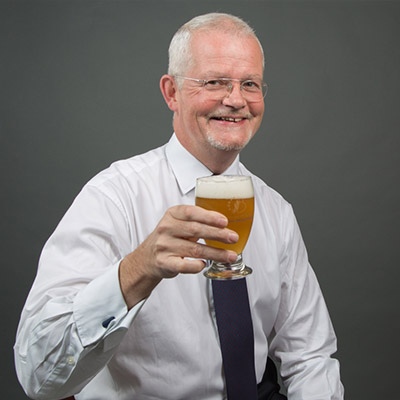 Pierre-Olivier Bergeron is the Secretary General of the Brewers of Europe.