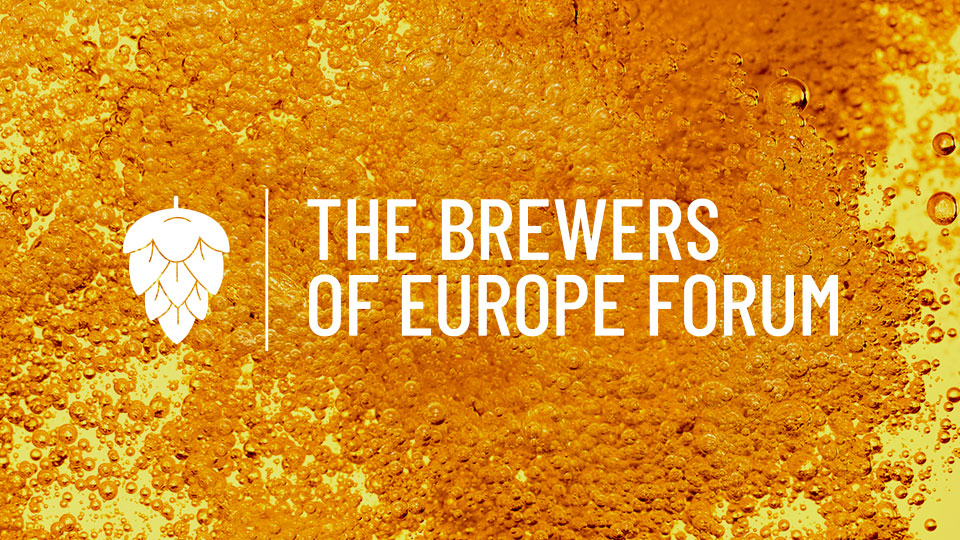 Brussels, June 4, 2021 – With Europe finally opening up bars and cafés, the brewing community this week showed it is ready to push ahead with sustainability initiatives and modernised production to make beer better than ever.

Nearly 2,500 brewers, suppliers, policymakers, NGOs and others signed up for the 2021 edition of The Brewers Forum, which took place online from June 1 to 4. The Brewers Forum, now in its third edition, was organised by The Brewers of Europe, the trade association promoting the interests of more than 11,000 breweries from across the continent.

But many beermakers warned they still need to recover after more than a year of pandemic-related lockdowns and other restrictions on the hospitality sector. The Brewers of Europe President Lasse Aho told the Forum that the pandemic had taken its toll on brewers. “We have all been hit by a battery of restrictive measures across Europe and the world. It has really been a hugely disruptive period for beer producers and the whole beer value chain,” he said. “Now that bars and cafés are re-opening across Europe, it is time to look into the next steps and positively rebuild consumer confidence.”

Mr Aho confirmed European brewers’ commitment to environmental sustainability and supporting the delivery of the EU Green Deal. He also stressed the important role that brewers and beer hospitality can play in the sustainable, post-Covid recovery “If governments treat us well, they will be rewarded: with beer excise duty revenues; with VAT from beer consumption in bars, cafes and restaurants; with jobs in the breweries and in pubs. Despite all the trouble, we can help reignite the economy!”

The Brewers Forum featured some of the biggest names in beer. Heineken CEO Dolf van den Brink explained how the Netherlands-based company aimed to decarbonise its production by 2030 and its full value chain by 2040. “I would love all of us to join the trip to carbon net-zero!” he said. Mr van den Brink also called on the sector to do more to prevent the harmful use of alcohol. “Zero tolerance is part of our licence to operate. I call on all of us to contribute to this. We must show responsibility in our messaging and marketing,” he said.

Asahi Group President and CEO Atsushi Katsuki underlined how important it is for brewers to cut their carbon footprint. “Pursuing sustainability is essentially synonymous with pursuing business itself. By doing so, we earn the trust of our stakeholders. Only through that trust can we serve our social role,” he said. He added that beer’s unique cultural significance meant that it was more than just a drink. “Going out for a beer is not only a simple act of having a beverage. It is an occasion to meet families, friends and other people, building new relationships and creating new acquaintances.”

The Brewers of Europe Secretary General Pierre-Olivier Bergeron shared the results of the group’s impact report on the effects of the pandemic that showed how beer hospitality declined by 42% and the overall beer market by 9% in 2020 compared to 2019. “This wiped out four in 10 of the jobs generated by beer in the hospitality sector,” he said, adding that governments also lost nearly a quarter of the tax revenues they usually receive from beer.

But Mr Bergeron was hopeful that the sector could bounce back. “Some 860,000 jobs are ready to be created in the economy if the beer sector can return to pre-Covid levels,” he said, urging policymakers to support the beer hospitality sector, rather than imposing new taxes. “With the targeted support to beer, brewers and hospitality, we can continue to play a positive role in the economy, culture, society and the European way of life.”

The Forum’s 19 individual sessions examined a broad variety of topics ranging from recycling and recovery to innovative brewing techniques, marketing and packaging. Sustainability was a key theme and the specific focus of the final day: as an official partner of the EU Green Week taking place at the same time, the Forum recognised that the climate crisis is the challenge of the generation, and many speakers underlined their efforts to reduce emissions and improve circularity.

Other sessions looked at how to bring new flavour and body to beer through barrel-ageing, how to modernise historical and preserved beer styles, how to market beers in a fast-changing and increasingly competitive environment, and how small brewers can make the perfect lager.

The Forum closed with the official announcement of a new project – Raising the Bar! – between The Brewers of Europe and BBC StoryWorks that will showcase some of the most exciting stories from across the beer sector in Europe.

The Brewers Forum was held online from June 1 to 4, 2021. Video replays of all the sessions will be available soon on brewup.eu.

About The Brewers of Europe: Based in Brussels, The Brewers of Europe brings together national brewers’ associations from 29 European countries and provides a voice to support the united interests of Europe’s 11,000 breweries. The Brewers of Europe promotes the positive role played by beer and the brewing sector in Europe and advocates the creation of the right conditions to allow brewers to continue to freely, cost-effectively and responsibly brew and market beer across Europe.