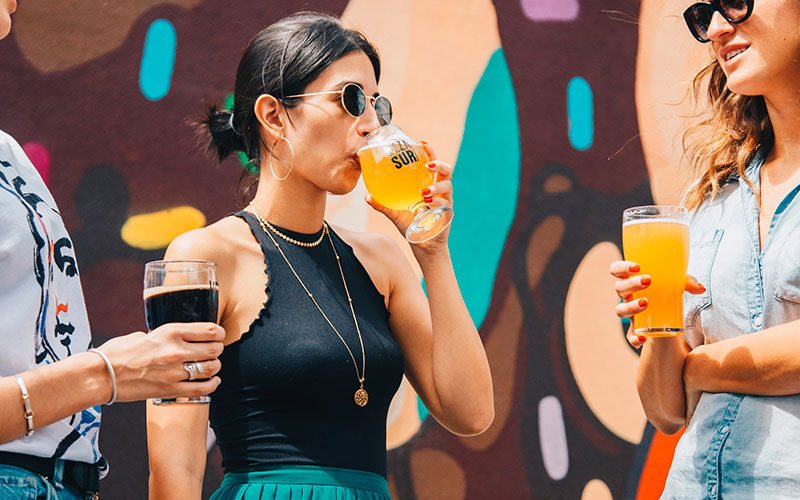 Just under a century ago, in his magnum opus ‘The Decline of the West’, Oswald Spengler, a German cultural philosopher, tried to encompass the entire history of humanity. Unsurprisingly, his meandering through European culture was not a light read. While, in our current climate his pessimistic outlook will probably strike a chord with many people, I have to admit that I don’t share his views. Decline? No way! The pessimists have got it wrong! Despite all of Europe’s issues, the continent is brewing better than ever before.

Some of us are looking forward to Valhalla, others are set for Nirvana, and there are quite a few who want to earn their passage into Heaven. But most of us know that we can already experience heaven on Earth already – though usually it’s given a different name. For some, it’s a brouwerij or brasserie, others call it a brewery, birrificio, pivovar, cerveceria or brauerei…. Whatever the name, our earthly paradise is wherever beer is made.

Europe has long been, and remains, the most exciting beer place on the planet. Here you’ll find the biggest traditional beer nations: Germany, the UK, the Czech Republic. Belgian beer culture has even been recognised by UNESCO as Intangible World Heritage. On top of this august group can be added some newer, emerging or reviving beer cultures: The Netherlands, France and Italy for example. The brewing kettles are also bubbling along nicely on the old continent’s periphery: beer is hot in the cold north and hip in the former Eastern Bloc. In short: the whole European beer sector is alive with brewing activity.

The distinction between beer culture and the beers themselves is important. Although, for example, Belgium’s UNESCO award is for something intangible (obviously), we’re happy that beer itself is tangible and we can savour and enjoy it in the flesh. And, after all, without beer there would be no beer culture. UNESCO is convinced that beer makes its valuable cultural contribution by bringing people together. Herein lies the intangible but very real power of beer: it can unite people around something that they have in common, that they feel is important, and that they’re able to share.

These drives also lie at the core of a Europe that sees itself as being based on Enlightenment, humanistic values of self-determination, equal treatment, tolerance, a sense of community and taking responsibility for one’s own actions. We can take these values and use beer culture to help to guide a humane and united Europe, as well as an international haven for those who go from country to country, and from language to language.

It is over a good glass of beer that the best ideas are brought to life, business deals are made and disputes are settled. A glass of beer loosens the tongue. It inspires you to sing, dance and philosophise. Clearly beer the social lubricant, and beer the mental unlocker, are connected to this humanist spirit. Or, to put it a different way: beer is a universal glue that can hold imagined communities together. Beer acts as a symbol for togetherness: it incorporates the joys of life and serves as a weapon against cultural pessimists.

If you ask me, Oswald Spengler would have been far better off parking his arse on a bar stool at a friendly brown café to set the world to rights over a lovely pint or two! 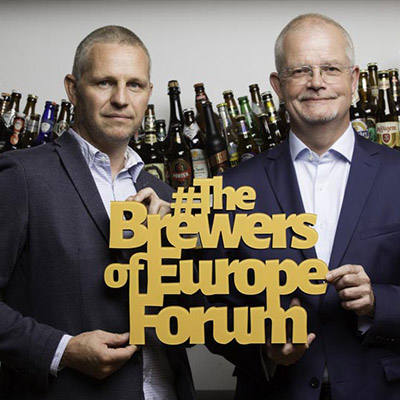 Born and raised in Brussels, Luc De Raedemaeker was quick to appreciate the offerings from our Zenne valley: geuze and lambic. He acquired his taste for beer as a student bartender. And just as all young beer must mature, so the budding connoisseur’s expertise grew as he trained in Belgium and around the world.

He’s now a lecturer in zythology, chief editor of Bier Grand Cru and Honorable chief editor of “The Beer Link”. His debut book “The Belgian Beer Book” has been hailed as the perfect guide to Belgian beer and beer culture. He’s a regular speaker at food and beer festivals all over the world. Luc is also the co-founder and director of the Brussels Beer Challenge, a prestigious international beer competition.